There is no such thing as a coincidence. There is an order and connectedness of the universe that we cannot even begin to comprehend. Have you ever picked up your phone to look at it and exactly as you did it started to ring? Or you’ve just been talking about somebody who you haven’t seen in years and the next day you bump in to them? You’ll be thinking of asking a friend if they fancy booking a holiday to Spain and the next day they’ll call you with the exact same idea? Your on holiday half way around the world in a small little shop and you bump into an old friend from home? These things are not coincidences, they are synchronicities.

I am always experiencing small synchronicities in my everyday life, every time I do I am so grateful. I have become so used to it now and so open to it that even the people around me notice it and get freaked out. When something strange happens now I smile and laugh. A synchronicity is a sign from the universe that you are on the right track, that you are in alignment with the universe and with your higher self. Embrace it and be open to it.

A few examples of synchronicities in my own life recently.

These are all seemingly small synchronicities, but when you open your heart and mind up to them and invite them in, you will see more and more of them every day. You ARE consciousness and you ARE the universe. The more they happen the more you will realise, this cannot just be a coincidence, this is something more, something bigger. A sign that you are on the correct path, a wink from the universe, a message from your higher self.

I know this kind of post isn’t for everybody and a lot of people will just think I’m nuts. But the first step in the right direction, the first step in creating your own luck or influencing ‘chance’ is to accept that it exists and that it is possible. Anybody who is around me long enough will admit that there is no explaining some of the stuff that happens to me by normal reasoning and I love that. Because as soon as they admit that there’s even the tiniest possibility that what happens to me is not regular coincidence, but something more, they have began to open up to it. This brings us to the next part.. Intuition. Which i will be posting about on Thursday.

TRUST, that everything in your life is in divine order and synchronicity. TRUST, all that you see is perfectly in line with you path and you are always in the perfect time and space. Be, think and act love.

Remember, you can either be on this upward spiral of connectivity and oneness – or you can be on the downward spiral, disconnected from your soul and your souls mission. The choice is yours, all you have to do is be positive and believe that it is possible. 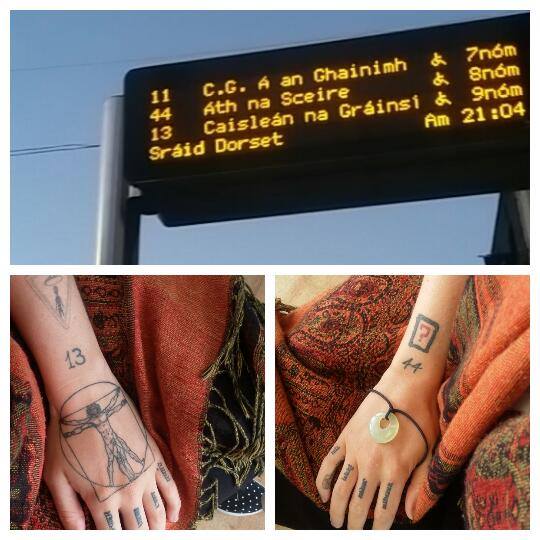